Puerto Rico is an unincorporated territory of the United StatesPuerto Ricans have been U.S. citizens since 1917, and can move freely between the island and the rest of the U.S.

3,285,874, which is slightly more than Utah, the 30th most populous stateThe population reached its peak in 2004 at 3.827M, and is now in decline at a rate of -1.46% per yearKey cities include the capital, San Juan, Buyamon, Carolina, Ponce, Caguas, Guaynabo and Mayaguez.

$31,651, which is slightly less than Mississippi, the poorest U.S. stateWhen compared to nations in Latin America, Puerto Rico has the highest GDP per capita

5,325 square miles, which is slightly smaller than Connecticut, the 48th largest stateThe island is 100 miles from east to west and 35 miles from north to southHighest Elevation: Cerro Punta at 4,390 feetPuerto Rico is part of an archipelago that includes over 143 islands, cays, islets, and atollsOther than the main island, Culebra and Vieques are the only other inhabited islands

Puerto Rico is 1,000 miles southeast of Miami and 75 miles east of Dominican Republic 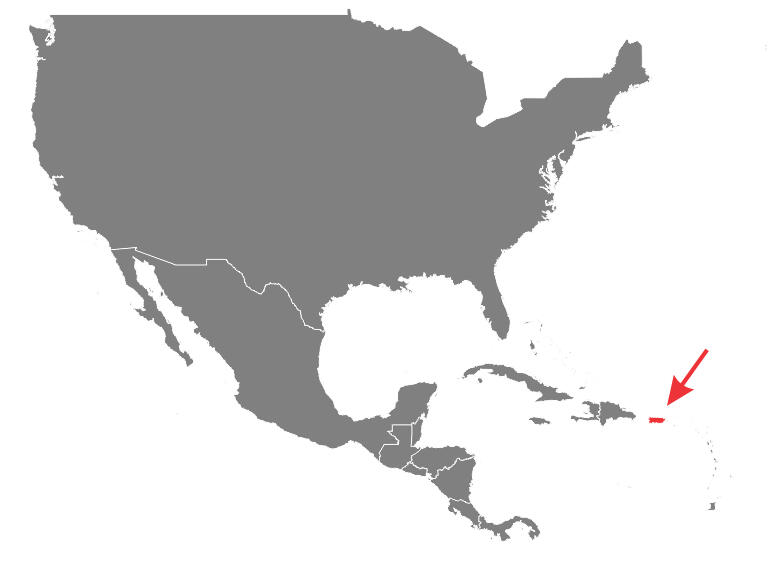 Both Spanish and English are official languages of Puerto Rico94.3% of adults speak only Spanish at homePublic school instruction is conducted almost entirely in Spanish

Puerto Rico has its own governor and government, but is ultimately controlled by the United States.Puerto Ricans vote in their own local elections, but cannot vote in U.S. national elections.Puerto Rico does not have any Senators or House Representatives; it is represented in Congress by a non-voting resident commissioner.

El Yunque National Forest is the only tropical rain forest in the United States and has remarkable biodiversity. The forest covers 45 square miles, and receives 120 inches of annual rainfall per year. It is one of the oldest natural reserves, first set aside in 1876.Old San Juan is a UNESCO World Heritage Site with buildings that date back to the 16th and 17th centuries.The Arecibo Telescope was the world's largest single-aperture telescope from 1963 to 2016. The massive structure collapsed in 2020 and is no longer used.

This Puerto Rico quick guide is maintained by Denis Grosz